Less than a decade ago, the relations between China and the US dominated globally, not only for the economy but also for human rights. When the flight of Liu Xia, the widow of Nobel prize winner Liu Xiaobo, to Berlin last week, shows one thing, it is that Germany is taking over that role, says Pulitzer price winner Ian Johnson, author of The Souls of China: The Return of Religion After Mao, who gave a eulogy on Liu Xiaobo in Berlin, last Friday, at DW.

“The German government is one of the few major Western governments that is still actively pursuing a human rights agenda,” said Ian Johnson, a Beijing-based, Pulitzer Prize-winning author who also spoke at the ceremony. “The US has retreated to just trade issues, the same with the UK.”

Johnson added that the service would encourage people in China “who are fighting for a more open society to know that there’s a church full of people commemorating Liu Xiaobo here.”

You can read a translation of Ian Johnson’s eulogy at the ChinaFile here:

‘Liu Knew His Responsibility in History’.

Ian Johnson is a speaker at the China Speakers Bureau. Do you need him at your meeting or conference? Do get in touch or fill in our speakers’ request form.

Are you looking for more political analysts at the China Speakers Bureau? Do check out this list. 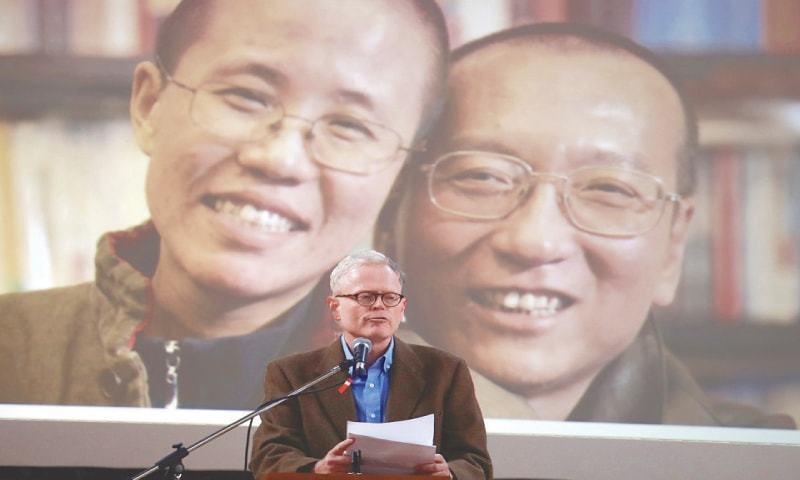