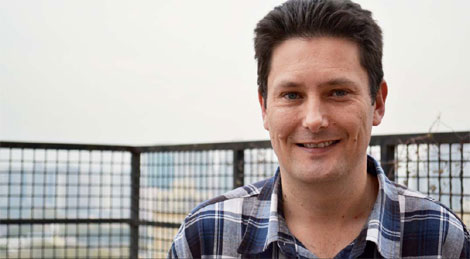 Reforming Chinese soccer has been one of the pet projects of president Xi Jinping. But despite much political goodwill and millions moving ahead, results have been poor, says Beijing-based soccer expert Rowan Simons in a wide-ranging interview with the South China Morning Post, looking at his grass-root experiences in Beijing.

The (Xi Jinping) plan was issued in 2014 and it’s been two years. Is such change really happening?

No. I haven’t seen any practical change.

The reform plan is a wonderful plan, a long-term plan which China needs. President Xi [Jinping] put reform of the FA at the very top of his agenda, but it’s also the hardest thing.

What’s been stopping the reform? Why is the reform so difficult?

When I saw the president’s speech about the football reform, I thought he was asking China a much bigger question, about whether China, as a big society, can actually organise properly something as simple as football. If we can’t even organise football properly, how can we think about our civil society?

The big problem in China that sports tackles directly is corruption. Fair play is at the heart of sports. And it’s China’s problem.

These are principles and morals, such as respect for each other, respect for truth, respect for fair play, respect for meritocracy. These are all the things that China is missing so massively and what sports could bring about.

What else in Chinese society or culture do you see as relevant to football development?

I see a middle-class has emerged, who are desperate for the type of experience and quality of life that comes in clubs, social groups and societies. That is also the basis of grass-roots football.

Can a similar club model be copied to big cities like Shanghai, where the middle class has developed? Do you have such plan already?

Yes. Every single city should have network. But coaching capacity is a big problem.

We will start to move into different cities. But the truth is that after all this time, the Beijing market still has much room for growth. We are so far away in Beijing if China wants to have the same rate of participation. There is a long way to go.

When will you regard yourself as being successful with the football club in China?

A popular term recently is social enterprise. We kind of see we would fit into this area.

We’d like to make money and we deserve it, and it is possible because it can be in any developed market with a middle class that seeks quality of life and pays for quality experiences.

But we absolutely also have an impact on society. We are building communities and friendships. Another thing I have seen in China is the stratification of society, with little mobility between the social levels. Is it possible for the taxi driver kid to meet the CEO kid in Chinese society? Sport provides that fair, level playing field.

The side product of my plan is many happy kids. I don’t know if there is going to be a national team player, that’s not our aim. But if you want a national team and use the current Soviet system, my way will work quicker.

Rowan Simons is a speaker at the China Speakers Bureau. Do you need him at your meeting or conference? Do get in touch or fill in our speakers´request form.