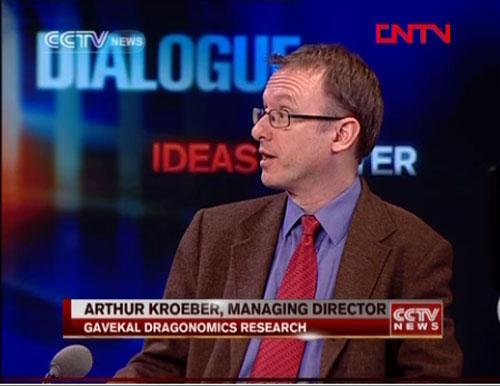 China can avoid the economic traps Japan and Brazil fell into, but only when it is going to take the liberalization of its financial markets serious, writes economist Arthur Kroeber for the Nikkei Magazine. But “on the core issues of debt control and pruning the state sector there is little evidence of progress.”

Can China avoid the Brazil and Japan traps and sustain fast growth of 5% or so through the 2020s? Yes, but only if it moves boldly in the next few years. The state sector must be severely retrenched, and barriers to private companies in high-growth service sectors must be dismantled. Reform is also needed to fix tax structures that cause wealth to accumulate in the hands of big state companies and a narrow elite, rather than flowing broadly throughout society. And political control of academia, the media and civil society must be relaxed, or there is no hope for China to generate the kind of innovation required to sustain a dynamic postindustrial economy.

So far the government of Xi Jinping has talked a good game on economic reforms, but its accomplishments have been patchy. It liberalized interest rates and the exchange rate (at some cost in market confidence), began to get local governments’ chaotic finances in order, made the pricing of energy more market-based, and made some progress in tax reform. Xi’s administration has made it easier to start new business and begun to relax residence permit requirements that make it hard for the country’s 260 million migrant workers to participate fully in the modern urban economy.

These achievements are significant and have contributed to a slow shift in favor of consumer spending and services, and away from capital spending. But much more must be done, and on the core issues of debt control and pruning the state sector there is little evidence of progress. A tepid state enterprise reform program published last September makes clear Beijing is determined to maintain the state’s economic role at about the present level. Most important, Xi is relentlessly tightening the Communist Party’s political control, slowly suffocating the innovation economy. He can keep headline GDP growth up for a few more years by ramping up debt, but sustainable, high-quality growth will prove elusive unless Xi loosens his grip and shifts to a more liberal course.

More in the Nikkei Magazine.

Arthur Kroeber is a speaker at the China Speakers Bureau. Do you need him on your conference or meeting? Do get in touch or fill in our speakers´request form.

Are you looking for more stories by Arthur Kroeber? Do check out this list.