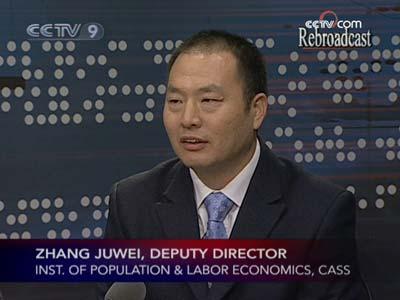 China will count 1.41 billion people by 2015 and then drop, says Zhang Juwei, an eminent researcher of demografic trends at the Chinese Academy of Social Sciences in Yibada. His estimations are part of the next 5-year plan. Despite shortages “Labor supply will remain robust till 2030”, he added.

Due to a lower-than-expected fertility rate, demographic experts predict that China’s population will reach its peak in 2025–a cause for concern in the development of the forthcoming national development footprint.

According to Zhang Juwei, director of the Institute of Population and Labor Economics (IPLE) at the Chinese Academy of Social Sciences, China’s population will reach its height at 1.41 billion in 2025.

Zhang also predicts that the total population in China by the year 2050 will be significantly lower than the current numbers.

“These projections are part of the background reports we submitted for China’s leadership to consider when it designs its new national five-year plan,” said Zhang.

The director headed a team of Chinese experts at a two-day seminar regarding changes in employment structures as well as economic restructuring in Brussels on Oct. 5 and 6.

According to data, the total Chinese population reached 1.37 billion by the end of 2014. Projections estimate that it will decline to 1.3 billion in 2050.

Despite the decrease in population, along with issues such as low fertility and aging, China’s labor supply will remain robust until 2030. This is attributed to the number of graduates joining the Chinese workforce.

“We believe that China’s demographic changes, even amid the challenges, can sustain at least 10 years of medium-speed growth if we have sensible policy options,” Zhang added.

Zhang Juwei is a speaker at the China Speakers Bureau. Do you need him at your meeting or conference? Do get in touch or fill in our speakers´request form.