Unlike many other large cities, China has been avoiding the establishment of large slums and related instability, argues author Jeremy Wallace in an interview with journalist Ian Johnson at the New York Times. The abolishment of the hukou system is not expected any time soon, since it serves the government well.

Q. Despite the hukou system, Beijing and other cities are growing quickly. Is this a danger for the government?
A. Beijing is a very large city, but it’s also the case that Beijing is for the most part full of winners, who have done well through the reforms. These people are likely to be pro-regime and proponents of the status quo. On the other hand, there are migrants who have not done as well. While they live in the city, they aren’t of the city. Because the state limits farmers’ ability to sell their rural land, they tend to think of themselves as temporary migrants. During the recent global financial crisis, tens of millions of Chinese migrant workers lost their jobs. Because of the hukou system, millions of suddenly unemployed workers left coastal cities and dispersed to the villages and small cities of China’s interior.
Q. Why do some cities witness more protests than others? It seems that some are predisposed toward it.
A. James C. Scott talks about the spatial geography of cities. Wide boulevards help the state see and govern its cities. The narrow streets of Paris created bottlenecks that could be barricaded by revolutionaries in a way that was impossible after, [beginning in the 1850s, Georges-Eugène] Haussmann created wide boulevards which heavy artillery can access.

Beijing, similarly, is full of boulevards wide enough for tanks. Even its housing tends to take the form of super-block apartment compounds. There are still walls inside China’s cities. The hukou system itself has been called an invisible wall around China’s cities, but the cities themselves contain many walls inside that can help the government maintain social control.

Chinese university students have also been pushed farther and farther away from the city center. In Beijing, for example, university expansions are closer to the Great Wall than to Tiananmen Square.

By contrast, Hong Kong is a different case. It is an example of a city with high density. News travels so quickly. Beijing increasingly seems to be spread out in a tremendous way, with its Sixth Ring Road marking its physical growth. It takes people a long time to travel. In Hong Kong, because it’s more dense and proximate, protests can spread more quickly and unexpectedly, as we saw during the so-called Umbrella Movement this fall.

Q. What about the government’s plan to promote megacities, like the Beijing-Tianjin-Hebei supercity?
A. From the beginning of this project, I’ve heard stories about China abolishing the hukou system, and it hasn’t happened yet. So I remain skeptical about whether or not these megacity plans are actually going to happen.

That said, the Chinese government faces a tradeoff. Megacities should be helpful economically. If shaping urbanization has helped the regime’s longevity, economic growth has obviously been critical as well. Perhaps the government will be willing to trade off the political benefits of spread-out urbanization for the continued economic benefits that megacities might provide. And it remains the case that these megacities would likely be filled with people that have benefited from the government’s policies and so likely to be pro-regime.

More in the New York Times.

Ian Johnson is a speaker at the China Speakers Bureau. Do you need him at your meeting or conference? Do get in touch or fill in our speakers´ request form.

Are you looking for more experts on cultural change at the China Speakers Bureau? Check this recent list. 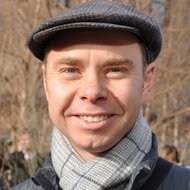