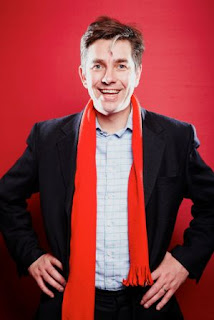 The arrival of Alibaba´s Jack Ma at the top of the Hurun rich list, is part of a profound economic change in China, says Hurun founder Rupert Hoogewerf. New billionaires will be coming from new media and entertainment, while real estate, manufacturing and mining will lose their old positions, he tells in China Economic Net.

Rupert Hoogewerf, chairman and chief researcher of the Hurun Report, described Ma’s success as “a stark reminder of the growth potential that is being realized in the emerging markets”.

Including Ma, five of the top 10 billionaires on this year’s list come from the IT industry, two more than last year.

“A large number of IT companies have accelerated the process of going public over the past two years. At the same time, the integration within the industry has also reached its peak. Therefore, the wealth of the IT industry has highly concentrated,” Hoogewerf said….

Hoogewerf also predicted that more Chinese billionaires will come from new media and entertainment, as the number of billionaires from traditional industries such as property, manufacturing and mining has been declining.

He also believed bio-technology and renewable energy are very likely to give birth to a brand new Alibaba or another new tycoon like Jack Ma.

This year’s third place winner Li Hejun, chairman and CEO of Hanergy Holdings Group, is one example for the rise of the new energy industry, as he has been making acquisitions in the US and Europe to shore up his advantage in China’s solar power industry. His personal wealth is as much as $20.8 billion.

However, this year’s list shows the effect that the corruption crackdown and austerity program has had on current and former members of the rich list, with several now facing criminal punishment or fleeing overseas.

They include Liu Han of conglomerate Hanlong, who was sentenced to death for gang crimes, and Xu Ming of conglomerate Shide who is awaiting sentencing in a corruption case linked to disgraced politician Bo Xilai.

“The anti-corruption drive has a strong effect. We found 18 people from last year’s list in trouble with the authorities,” Hoogewerf said.

Rupert Hoogewerf is a speaker at the China Speakers Bureau. Do you need him at your meeting or conference? Do get in touch or fill in our speakers´ request form.