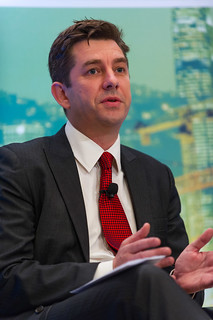 Six of world’s 10 top real estate tycoons are now from China and Hong Kong, according to Hurun Report Inc, which released its Global Rich list on Tuesday.

Lee Shau Kee, chairman and founder Henderson Land Development Co Ltd and No. 3 on the global top 10 property developer’s list, saw his personal wealth shrink last year, dropping 9 percent to $21 billion. Developer Robert Kuok of the Kuok Group and No. 4 on the list, saw his fortune fall 16 percent to $16 billion.

Are you a media representative and you want to talk to one of our speakers? Do drop us a line.