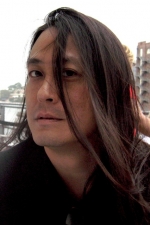 Until recently, the mobile internet was one of the weak points of China’s leading search engine Baidu. Apps are key for mobile internet, explains their director international communication Kaiser Kuo to CKGSB Knowledge. And that explains exactly the recent acquisitions by Baidu.

“Applications are the biggest access point to the mobile internet right now,” says Kaiser Kuo, Director of International Communications at Baidu, China’s leading search engine. In August, the company pulled off the biggest deal in Chinese internet history with its $1.9 billion acquisition of the second-largest third-party app store 91 Wireless. Prior to that, Baidu already had its own app store, but with just 13 million daily active users, according to the company’s own data. It had a hard time competing against its main rival, Qihoo 360  which had 250 million active users. “Acquiring traditional app stores like 91 Wireless, with over a million apps available, coupled with our ability to have people search directly for apps, allows us to have all the basics covered with different types of use-case scenarios,” explains Kuo…

Baidu’s Kuo believes that particularly in mobile internet, it is very important that users get direct answers: “If you say the name of a song, you should be able to get it”. And for Baidu, the only way to achieve that is to personalize the app store experience and build a user-friendly ecosystem. “Search will be a new tool to unlock the ‘long tail’ of our existing app properties and to be able to find these apps with these specific options that do not make it to the front pages,” says Kuo. The idea of app stores assisting with content discovery is a breakthrough that requires a revolutionary approach to the overall system: a new stage where internet companies will compete with each other to offer new and better value-added services through apps and content. And it’s here where the tremendous amount of user data gathered by app stores gains strategic value. “We think that this is how it’s going to be in the future. People will just use their basic search app to locate specific content. And search will be at the very center of all your mobile activities,” says Kuo.

Kaiser Kuo is a speaker at the China Speakers Bureau. Do you need him at your meeting or conference? Do get in touch or fill in our speakers’ request form.

Devastating pictures of tourist areas in the Golden week of October showed again that taking a holiday together with 428 million others is not always a good idea, even though a growing number might go abroad. The now adjusted system of Golden Week was introduced to encourage consumer spending – still high on the political agenda. But would a paid leave, where you can decide yourself your holidays, be a good alternative? Some love the ideal, others loath it. And what is worse, many Chinese would most likely not take their holidays, but try to cash in at the end of the year. That would cause consumer spending to drop. What would you do? How did you spend your holidays in October, and what would be a good alternative? Join the +China Weekly Hangout on Thursday 17 October, 10pm Beijing Time, 4pm CEST(Europe) and 10am EST (US/Canada). You can leave your remarks here, but during the event you can also ask questions and remarks using the Question tool at the event page here. At the event page you can also register for participation at the hangout. (You can read our initial announcement here.)

Steve Barru, Miguel de Vinchi and Fons Tuinstra discussed shortly after the opening at the China Weekly Hangout the news on Shanghai’s Free Trade Zone, and end in a not-so positive mood about what this new zone is actually going to do.