The party is over for Chinese banks – Sara Hsu 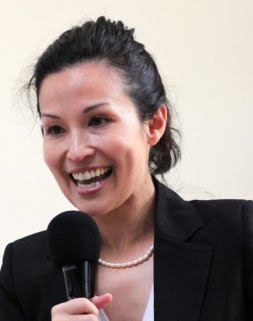 The party is over for Chinese banks, shadow banking expert +Sara Hsu concluded (together with co-author Andrew Collier) at the EastAsiaForum.com. Regulator can no longer turn a blind eye, as loans put local governments and private lenders into trouble.

The party is over for Chinese banks, who have for the last few years enjoyed record profits. Since the end of 2008, the Chinese leadership’s desperate bid to keep the wheels of growth turning has let a flood of credit into the banking system and led to an unprecedented US$6.2 trillion of bank loans to state-owned companies and local governments.
Many of these loans bypassed the banks’ books entirely, going through the so-called ‘shadow banking’ market made up of everything from giant financial trusts to mum and dad mini-banks. After a while, even the state banks joined the game. While the regulators turned a blind eye, the four state banks and the smaller city banks took customer deposits, wrapped them into neat little financial tools called  ‘wealth management products’, and sold them on to eager buyers. These included wealthy people chasing yield, real estate developers signing property deals, and even importers short of ready credit.
This explosion into new markets was a change for the state banks. Up until 2010 they had ‘toed the line’, making loans to safe borrowers such as state firms, and following strict rules on interest rates. But a tug of war was going on in the upper levels between more conservative elements such as the People’s Bank of China (PBOC), which was worried about risky loans, and the more aggressive politicians in the State Council, who feared an economic slowdown. In the end — at least until recently — the spenders won out.

Sara Hsu is a speaker at the China Speakers Bureau. Do you need her at your meeting or conference? Do get in touch or fill in our speakers’ request form.

Is China going to collapse under the burden of its debts? Yes, if they do not play their cards rights, tells Sara Hsu, leading expert on shadow banking in China during the +China Weekly Hangout on August 30. Questions are asked by +Fons Tuinstra of the China Speakers Bureau.

Who is doing due diligence on the due diligence firms is a question the +China Weekly Hangout asked after Shanghai-based Peter Humphrey and his wife were arrested for running an illegal operation in China. No date has been set yet, but when you follow our Google+ business page, you will get notified.