How personal is a PC in China? – Tricia Wang

Personal space is scarse in China, reason why many Chinese see their PC and mobile devices as their most personal space, writes sociologist Tricia Wang in 88-bar.com. While other academics argue the PC is a shared object, Tricia Wang points at the many advertisements  selling PC’s as a personal object.

I’ve seen people more attached to their computers and mobile phones because that is the ONLY space that they can claim is entirely theirs. Apartments are small, space is crowded, sometimes rooms have to be shared, in-laws come over any time – everyone is nosy – but the digital tool is their object. Even migrants who buys a PC are very attached to it and have strict rules around sharing it because it is considered a personal space.

Take a walk in any electronics mall or on Taobao and you’ll see ads that sell computers as a personal object. It just isn’t true that a computer won’t sell if isn’t advertised as a shared object. 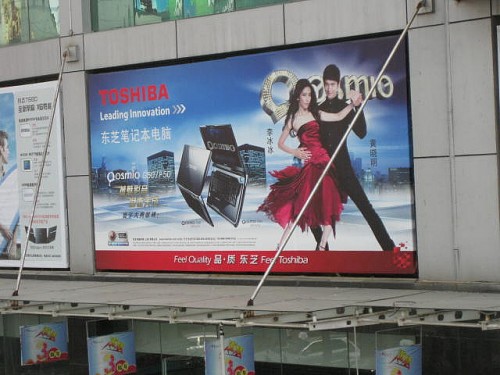 Tricia Wang is a speaker at the China Speakers Bureau. Do you need her at your meeting or conference? Do get in touch or fill in our speakers’ request form.

Once a week the China Weekly Hangout discusses current affairs in China with international participants on different continents. Moderator Fons Tuinstra, also president of the China Speakers Bureau, explains the idea in a new introduction. An overview of earlier hangouts, you can find here.

Coming Thursday the China Weekly Hangout will discuss the changes in China’s labor force, especially the blue collar workers with +Dee Lee (Inno), running since 2007 a workers’ hotline at Inno in Guangzhou. Expected is also economist Heleen Mees from New York. Moderation by Fons Tuinstra, president of the China Speakers Bureau. Our first announcement is here,and you can register for the hangout here.