With the Chinese, their startups also move abroad – Paul Denlinger 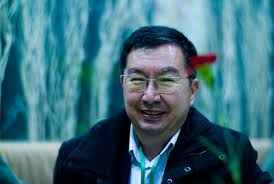 Conventional wisdom says China-focused online operations need to be solid China-based, with compulsory governmental and political controls. China expert Paul Denlinger challenges that concept and as influential Chinese leave China and new start-ups will based elsewhere, he writes in the China Vortex.

Up till now, most Chinese websites based in the US focused on political and literary issues which were barred from public discussion in China, such as Boxun. Now though, with a very large wave of recent Chinese immigrants, there is a significant opportunity for an overseas-based Chinese language service which is based on advertising, and delivers its content on mobile.

Since it is based overseas, it would not have the need for a very expensive content-filtering mechanism, and it would also operate outside the political controls deemed necessary from Beijing. At the same time, it would have access to an excellent demographic group from China, which would make it very attractive to luxury and brand advertisers from overseas who want to reach a young and growing overseas-based Chinese demographic. Many among this group may return to China, and would carry these brand affinities with them when they return.

Up till now, most western investors have thought that investing in China required a company registered in China. Now though, since there are so many Chinese all over the world, and because they have so much buying power, it really isn’t necessary to have a company in China in many industries. This is especially true for retail businesses which rely on marketing and advertising to get the word out.

For years, Chinese government officials and China-based consultants have told western companies how important it is to have a China-based company. While the western investment money was coming into China, many of the same Chinese officials were moving their own private money to Hong Kong and the west.

What do the Chinese officials know which the western investors don’t know?

Paul Denlinger is a speaker at the China Speakers Bureau. Do you need him at your meeting or conference? Do get in touch or fill in our speakers’ request form.

The China Weekly Hangout is planning to set up a discussion with Paul Denlinger about this latest take on Chinese start-ups, starting outside China. Timing and format are still discussed, but if you want to participate in one way or another, drop us a line.

Earlier the China Weekly Hangout already discussed the issue of why Chinese are leaving their country: