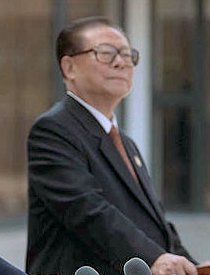 April had no shortage of news, and fortunately, our monthly top-5 of most-read stories at the China Speakers Bureau mirror those current affairs very well. Not only Bo Xilai made it into our top-5, but also Zhang Lijia‘s appeal to repeal the death penalty for business women Wu Ying. It was part of a broader outcry in China’s society, and fortunately honored by the Supreme Court.

Also Shaun Rein’s attempt to set the agenda himself, by arguing why according to him China’s middle class needs at least another decade, before they can substantially support a consumption-driven economy.

All authors are speakers at the China Speakers Bureau. Do you need them at your meeting or conference? Do get in touch or fill in our speakers’ request form.