Why this crisis is tougher for China – Paul Denlinger 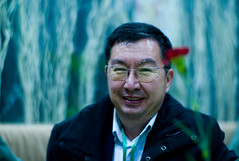 Bear and bulls are fighting each other on the effects of the global crisis on China’s economy. Business analyst Paul Denlinger explains on his weblog China Vortex why this crisis is worse for China than the previous one.

In late 2008, when the global financial crisis broke, local government tax offices in China routinely visited larger employers to find out about their employment situation. The implicit threat was that if they laid off people at this time they would be inviting a tax audit which obviously would not work in management’s favor. Employers struggled, but the economy recovered, and through 2009 and 2010, it looked like China’s economy had dodged the bullet.

This time, it’s different. China’s domestic growth and consumer spending have continued to grow. If there are significant layoffs though, it will hit Chinese consumer confidence hard, especially when people hear stories about other people being laid off from their jobs. Immediately, Chinese will go into savings mode again, which will put a damper on domestic economic growth.

More at the China Vortex.

Paul Denlinger is a speaker at the China Speakers Bureau. Do you need him at your meeting or conference? Do get in touch or fill in our speakers’ request form.