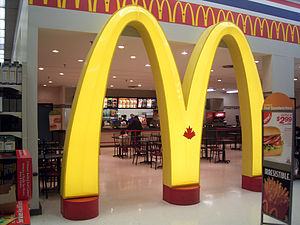 Chinese not only get fat in a different way, compared to the US and Europe, they also get fat much faster, tells retail expert Paul French in a Reuters’ feature.

“Urban China got richer. It’s just gone out and bought itself more food and bought itself cars and couches to sit on while watching TV,” Paul French, co-author ‘Fat China: How Expanding Waistlines are Changing a Nation,’ told Reuters…
“In America and Europe, they had to go through the whole process of inventing supermarkets and processed food,” French, the writer, said. “It took stages in the West. The Chinese didn’t have to invent the Mars bar. It was given McDonald’s, KFC, Tesco and Wal-Mart.

More in the Reuters’ article.

Paul French is a speaker at the China Speakers Bureau. Do you need him at your meeting of conference? Do get in touch.

One thought on “China is getting fat faster – Paul French”