We need a sugar-free zone over Shanghai – Paul French 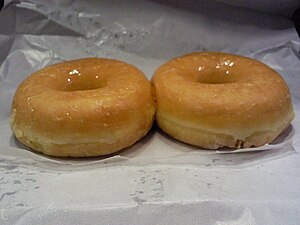 US-style doughnut shops are proliferating in China’s large cities, and that is bad news for their already deteriorating diet, tells retail analyst Paul French in the Washington Post, when they take of. French studied the obesity levels in the country in his book “Fat China”.

“We’re going to need a U.N. resolution very soon – they’re going to have to declare a sugar-free zone over Shanghai,” said Paul French, the British-born founder of a market research company, Access Asia, that focuses on the retail sector. “There’s too many, because we’re starting to see them close down.”

For the time being, and that is good news for the Chinese diet, the stores are not doing well:

Still, the pessimists think the doughnut might have a hard time finding a toehold in China — as evidenced by the largely empty doughnut stores, and the number of leftovers on the shelves at closing time. “It’s one of those food concepts that has singularly failed to set the country alight,” said French, the retail analyst.

French noted the biggest obstacle yet: In Shanghai, he noted, police officers seem to prefer smoking cigarettes to taking a doughnut and coffee break. “They haven’t cracked the cop market,” he said.

Paul French is a speaker at the China Speakers Bureau. When you need him at your meeting or conference, do get in touch.