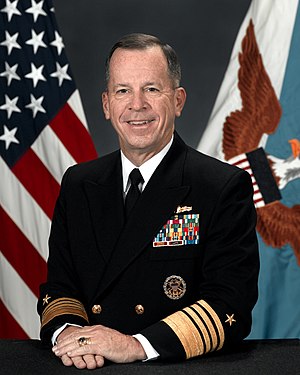 “Last week’s visit to China by Adm. Mike Mullen, the chairman of the U.S. Joint Chiefs of Staff, is further evidence that military relations are improving and will continue to do so,” writes defense specialist Wendell Minnick in the Defense News.

During the four-day visit, Mullen and [gen] Chen [ Bingde, the chief of the general staff, People’s Liberation Army] announced plans for joint exercises and continued dialogue on a variety of issues, including continued working groups under the Maritime Consultative Agreement; hospital ships of the two navies will conduct exchanges and carry out joint medical and rescue exercises and the armed forces of both sides will conduct joint humanitarian rescue exercises and anti-piracy patrol drills in the Gulf of Aden.

Chen said he was “glad to witness the rejuvenation of bilateral military relations, as they are often hard-won and should be treasured.” The question remains on how Taiwan will readjust to enhanced U.S.-China military relations. Taiwan is pushing the U.S. to sell it new F-16 fighters, and China has called any deal a “red line.”

Wendell Minnick is a speaker at the China Speakers Bureau. When you need him at your meeting or conference,do