What did the US gain from Kissinger’s China move? – Jasper Becker 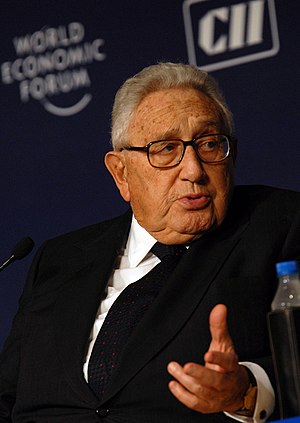 Former state secretary of state Henry Kissinger rightly claims to be the architect of US-China relations, tells Jasper Becker in The Australian. But was supporting Mao Zedong and the Communist Party in the interest of America, he wonders.

The most stimulating view so far has come from British writer Jasper Becker, who lives in Beijing, and whose Hungry Ghosts dramatically revealed the extent of the horrors of Mao’s Great Leap Forward, which killed more than 30 million people.

Becker says Kissinger rightly claims to be the chief architect of the China-US relationship, “one of the pillars of the international order as crucial to understanding world history as Britain and America’s decision to make an ally of Stalin in order to defeat Hitler, the result of which was the establishment of a Soviet empire in Europe rather than a German one”.

At the time, Kissinger says, the Soviet Union seemed more dangerous and expansionist than China – though Becker thinks “there wasn’t much to choose between them”, with China having sent almost half a million troops to Korea and Vietnam as well as to Burma and Cambodia, and having financed and trained insurgencies in a dozen countries.

Becker asks: “What exactly did America ever gain from it? It certainly enabled China’s rulers to stay in power despite Mao’s catastrophic rule. If Beijing and Moscow had gone to war, surely it would have been to America’s great advantage” with Cambodia saved from the Khmer Rouge horrors, the US possibly victorious in Vietnam, and the threats to Taiwan and South Korea quashed.

But “even when he meets Mao – senile and dribbling – Kissinger can’t help being blown away by his supposed brilliance. Yet Mao was by then recognised even by his followers as a mad monster.

“Whoever followed Mao would have had to rescue China from its total isolation and restore the economy. They would have had to go cap in hand to America for help, and Washington could dictate its own terms. Instead, Nixon turned

up in Beijing as a supplicant.”

In return for Mao’s blessing, “the Chinese persuaded the Americans to withdraw from Taiwan, and then to support China’s murderous proteges, the Khmer Rouge, in Cambodia, forced them to lose the war in Vietnam, and to sacrifice Tibet.

“In truth, the Chinese couldn’t believe their luck in finding such a naive and biddable partner as Kissinger. He gratefully accepts whatever the Chinese leaders tell him at face value.”

More in The Australian.

Jasper Becker is a speaker at the China Speakers Bureau. Do you need him at your meeting or conference? Do get in touch.