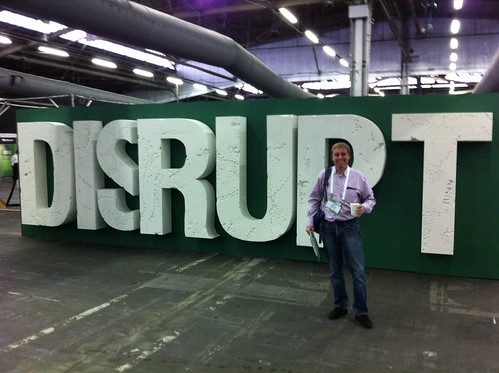 I found the emphasis on AOL (TechCrunch new mother company) a bit annoying, Arrianna Huffington’s panel was typical old media (“If I would tweet I would tweet this” etc.).

Compared to TC Disrupt in San Francisco this version was not as good. The event has gotten too big and the location was not optimal (too cold and too noisy). Also I felt that the audience was not as interesting as the one on the West coast, I hardly knew anybody and also I didn’t meet a lot of interesting new people. In SF that was very different, so likely I won’t go to the New York conference again next year.

For a report on his other efforts to links between entrepreneurial activities in the US, China and Europe please switch to his weblog.

March van der Chijs is a speaker at the China Speakers Bureau. Do you need him at your meeting or conference? Do get in touch.