Why Nouriel Roubini is wrong on China – Shaun Rein 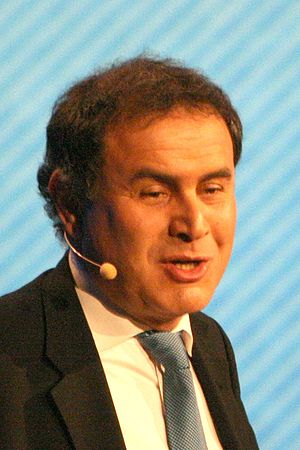 The famous economist Nouriel Roubini predicted the American financial crisis, and now says China is in trouble in 2013, writes Shaun Rein in CNBC. But he is dead wrong on basic trends on income, demographics and investment trends.
Shaun Rein on the wages:

Roubini also underestimates wage growth. Minimum wages in Sichuan rose 44 percent last year, mirroring double-digit increases elsewhere. Beijing’s municipal authorities even announced multinationals should have minimum wages 1.5 times that of local firms. Wage inflation is so serious that Foxconn, the maker of products from Amazon.com to Intel and Apple, is mulling a $12 billion investment into Brazil as China no longer has a cheap labor pool.
ntrepreneurs often park profits in their companies rather than taking them out as dividends or salaries as corporate taxes are lower. They also charge housing, vehicle and even gym membership fees as business expenses. This is why income is often understated by economists who don’t dig deep enough.

Shaun Rein is a speaker at the China Speakers Bureau. When you need him at your meeting or conference, do get in touch.