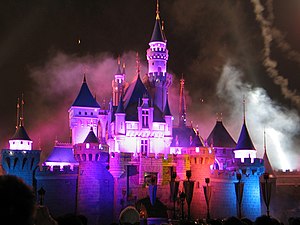 Hong Kong: too small via Wikipedia

The new-to-built Shanghai Disney park should learn from the mistakes that have been made in the Hong Kong park, says Shaun Rein in Reuters. First, size matters.

Shaun Rein, managing director of China Market Research said the problem with the Hong Kong park is that it is too small and lacks rides. Given that the average Chinese person did not grow up watching Disney characters such as Cinderella, the characters also lacked emotional resonance with visitors.
“The Hong Kong Disneyland didn’t seem like it had size and the Chinese like the biggest of everything,” he said, adding that his primary worry is that the Shanghai Disneyland would not be big enough. Disney’s third park in Asia is located in Tokyo.
Hong Kong Disneyland is undergoing expansion that will increase its size by 25 percent. It drew 5.2 million visitors in 2010 and more than 40 percent were from the mainland.

“Everybody in China is waiting for Disney to come here… It’s an event that everybody is just so excited for it to happen and so if it doesn’t match expectations, it will make people upset,” Rein said.