Hong Kong still has nothing to fear from Shanghai – Shaun Rein 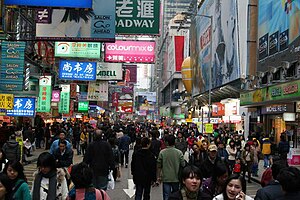 Since Shanghai emerged as a financial stronghold at the mainland, Hong Kong has been living in fear its would be outpaced by its northern competitor. Shaun Rein explains in the Financial Times’ weblog why Shanghai, after decades of development, is still not a real threat for Hong Kong;

First, Shanghai’s talent pool is weak. Although Shanghai middle school students generally outperform Hong Kongers and Americans on standardised tests, the reality is that Shanghai’s education system does not adequately prepare its studentsfor a globalised world.

They focus too much on rote memory and not enough on training students to think analytically. The biggest obstacle for growth – according to several dozen senior finance executives we’ve spoken to – is not government regulation or corruption but the lack of qualified talent. Turnover often tops 30 per cent a year as loyalty is in short supply.

Even hiring secretaries is tough as anyone who can do PowerPoint or write an email in English wants to be an analyst. Hong Kong’s relatively strong university system prepares a larger group of students qualified for low and middle management financial sector positions.

For two other reasons, China’s too high personal income tax and the rising costs for expats to live in Shanghai, read on here.