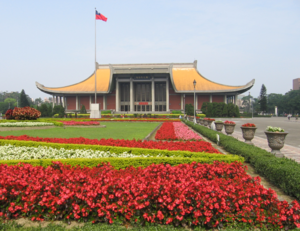 Director General Tsai De-sheng of the Taiwanese National Security Bureau said this week that the number of rockets  pointing at the island from China have risen to 1,400, but defense specialist Wendell Minnick is not convinced by the story, he tells Japanese media.

Wendell Minnick, Asia bureau chief for industry newspaper Defense News, expressed skepticism at the announcement and the lack of detail on the missiles that make up the total.

Adding to the confusion, Tsai said the figure included not only ballistic missiles but also long-range cruise missiles that would not likely be used against Taiwan, instead acting as “anti-access weapons” against countries intervening in a cross-strait conflict.

“This might be a political move, an attempt to encourage the Americans to release weapons to Taiwan,” Minnick said, referring in part to 66 F-16 C/D fighters long sought by Taipei but whose sale is strongly opposed by Beijing.

Commercial
Wendell Minnick is a speaker at the China Speakers Bureau. When you need him at your meeting or conference, do get in touch.