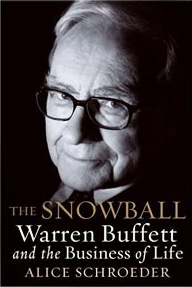 China’s wealthy are just in the middle of making money, spending it has hardly crossed their minds, says Rupert Hoogewerf, who is going to release his official Hurun or China’s rich list later this month. “They are too young.”he tells CNN.
Last week, US billionaires Bill Gates and Warren Buffett visited Beijing to check out the climate for charity in China. In CNN:

The average age of someone on China’s super rich lists is 51, about 15 years younger than their Western counterparts, says Rupert Hoogewerf, chief researcher at Hurun Report.

“Chinese entrepreneurs have made their money very quickly and they haven’t really had time to think about how to spend it — they are still in wealth-creation modes,” he said.

Gates and Buffett acknowledge the challenge, but remain optimistic….

“Gates and Buffett are the two biggest authorities on the subject. By coming to China to talk about it, they have sown the seeds in very fertile ground,” Hoogewerf said.

“The main reason is because there is an inherent mistrust in giving your money to any third party to pass it on. They’re convinced that for every 100 that they give, the end party won’t receive anything near that 100,” he said.


Commercial
Rupert Hoogewerf or Hurun is a speaker at the China Speakers Bureau. When you need him at your meeting or conference, do get in touch.