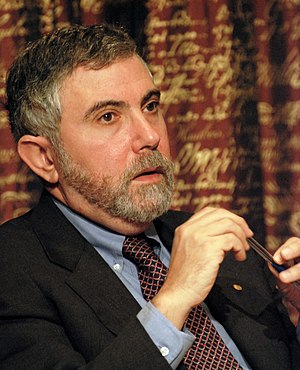 Last month our Shaun Rein explained why Jim Chanos was wrong when he said that China would be worse than a thousand Dubai’s. This week in Forbes he goes up a notch in the food chain and tells us why economist and Nobel price winner Paul Krugman is wrong when he calls for a levy on Chinese goods into the US unless the renminbi revaluates.
Earlier Shaun Rein already explained why an appreciation of the Renminbi now would be a wrong idea.
Shaun Rein repeats his argument:

As I’ve written before, the Chinese government can’t risk revaluing its currency until world markets are more stable or it will risk driving Chinese exports back into a tailspin, which I estimate would result in another 5 million job losses. Far too many factories are running on the paper-thin margins that American companies like Target and Wal-Mart demand from their suppliers. An appreciation of the yuan would immediately put those factories out of business, just as many closed down when China appreciated the yuan 20% between 2005 and 2008.

Rising labor costs in China and increased Chinese consumption are already changing the equation dramatically, says Rein.
One of his advises:

What should the U.S. do about the yuan? Instead of calling China a currency manipulator, as many in Congress want it to do, the Obama administration should continue to push for reforms, but through back channels, not public stridency. The reason is the situation within the Chinese government: Right now there is a lot of jockeying going on for spots that will open up on the Politburo Standing Committee when the current leadership retires in a few years. Reformers, trying to placate hardliners, are taking more hard-line positions, and hard-liners are becoming super-hard-line. Publicly putting China’s leadership on the spot, as Google (GOOG – news – people ) has done, makes the Chinese to do the opposite of what you want. No one vying for power can be seen as soft or as giving in to foreigners.

Many more arguments in Forbes.

Commercial
Shaun Rein is a speaker at the China Speakers Bureau. When you need him at your conference,
do get in touch.