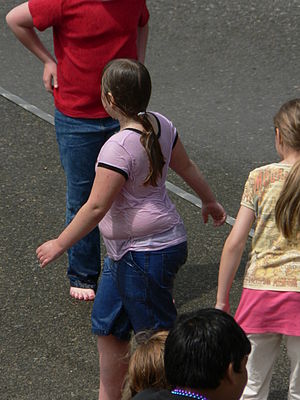 Chinese are getting wealthier and fatter, visitors of the country can see. Retail analyst Paul French just finished a major report on “Fat China” and tells Shanghai Urbanatomy about his study into Chinese obesity. Famine has definitely become a feature in the country’s history.

“In the West, obesity has become a problem of the poor,” he says. “In the US and UK, places like McDonald’s have become middle-class no-go zones; it’s really about poor people and their diet. Here in China though, it’s about middle class and wealthy people. So in that sense it’s turned on its head.”

The other big difference with the West is that China’s obesity problem is not a nationwide one. “It’s an urban problem, not a rural one,” says French. “But it’s starting to spread. We’re now seeing obesity rise in tier two, tier three cities.”

French says the main cause of obesity in China is due to increased consumption. “Chinese are drinking more beer, they’re drinking more fizzy drinks, they’re eating more cakes and sweets and pre-packaged foods. The major issue is volume; people are just eating more. More of everything. Beef is in the diet now. There’s a lot more in the diet that wasn’t before. People are eating more of their Chinese diet and more Western food on top of that.”

Commercial
Paul French is a speaker at the China Speakers Bureau. Do you need him at your conference? Do
get in touch.