Why strengthening the Renminbi does not help – Shaun Rein 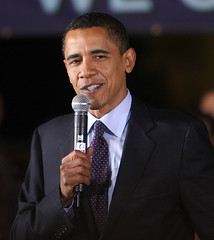 Leading economists like Nobel-prize winner Paul Krugman, IMF managing director Dominique Strauss-Kahn and even US president Barack Obama pushed China to revalue its currency, the Renminbi. Shaun Rein explains in Forbes why strengthening the Chinese currency even more – it went already up 20 percent – is not going to help the United States, or anybody else.

Revaluing it right now would jeopardize the world’s fledgling economic recovery. It is better for American businesses for China to maintain current yuan rates until the worldwide recovery is on a firmer footing.

Shaun Rein has three arguments:
First, a stronger Renminbi would make Chinese imports even more expensive, just ahead of the holiday season. Wal-Mart would be hit dramatically.
Second, a stronger Renminbi would jeopardize China’s currently expected economic growth of eight percent. And, the weak dollar is the problem, not the strength of other currencies.
Shaun Rein:

As nations rebalance their holdings towards euros, Australian dollars, Brazilian real and Japanese yen, the dollar continues to weaken. Even retail investors are jumping on the bandwagon. This flight will not end until the dollar reverses course or, at the very least, remains stable, and it’s dangerous because it means countries will be less likely to buy Treasury bills and finance America’s recovery.

Commercial
Shaun Rein is a speaker at the China Speakers Bureau. When you need him at your conference, do let us know.