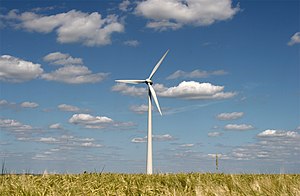 For China’s ruling class, climate change is seen as an imminent threat that should be dealt with very fast, professor Andrew Leung told SolveClimate.com ahead of the coming climate conference in Kopenhagen. It tough 2020 emission targets should be seen from that perspective: a severe security risk.

“In the West, when we refer to climate change, it is in the context of a looming … risk to the trees and for ourselves and our children’s children.

“For China, it’s a clear and present danger. It is threatening the stability of the communist party, so it has been elevated to the level of national security,”

China currently gets most of its energy from fossil fuels. The country is rich in coal, but coal is highly polluting and threatens the health of China’s increasingly urbanized workforce. In its cities, air quality is poor.

Fresh water supplies, needed for both health and producing energy, are also threatened with increasing competition from India as the Himalayan glaciers melt due to climate change.

It is in China’s interests to diversify away from fossil fuels and to urbanize as cleanly as possible, Leung argues.

He notes that China has already started to do this. It has become a world leader in solar and hydroelectric power, and it is a growing force in wind power.

Commercial
Professor Andrew Leung is a speaker at the China Speakers Bureau. Do you need him at your conference or meeting? Do get in touch.