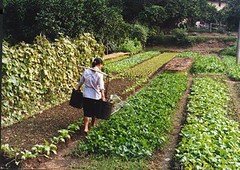 With an economic growth of 7.9 percent in the second quarter of 2009, China is a must for global retail companies, despite its lower base. And in China, women under 35 rule the wallet, says Shaun Rein in his latest article for Forbes.

That one consumer segment has defied the analysts and kept on spending like it’s 2007. China’s overall retail sales rose 15% in the first half of this year, and that growth was driven in large part by women under the age of 35, buoyed by China’s $586 billion stimulus package and a stock market that has risen around 80% since January. My firm, the China Market Research Group, recently surveyed female consumers in China, and 80% of them said they expected to spend more in the next six months than in the last six.

Many people outside China fail to understand how much the position of women has changed in the past decade, Rein writes. They bring in half of the family income, decide on many of the purchases and even for big ticket items they have at least an equal say. And they are focusing on other issues than men:

These young women are greatly concerned about the safety of the products they buy for their children. If Americans worry about the “Made in China” label, Chinese women worry even more, for they have to deal with it every day. Many choose where they shop based on whether they think they can find genuine and non-toxic products. One 32-year-old woman in Tianjin told us, “I shop at Wal-Mart ( WMT – news – people ) because I trust that the products its sells are real and safe. To ensure safety, I am willing to spend more.”

We’ve found many affluent women flying to Hong Kong or Korea to buy baby formula, even before last year’s melamine scandals. In general they trust foreign brands more than domestic ones. As a 34-year-old woman in Zhengzhou told us, “Foreign firms are less likely to cut corners in the production and quality control process.” The vast majority of females in 15 cities told us that they would spend 20% or more for products for their babies if they felt they could fully trust that they were safe. This covers everything from clothing to food products to soaps. The fear Chinese consumers have of being hurt by tainted merchandise affects every kind of purchase decision.

Shaun Rein is a speaker at the China Speakers Bureau. You want to share his insights at your conference? Do get in touch.