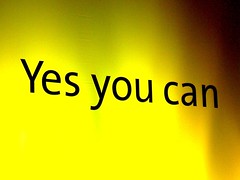 Despite all the recent upheaval on the Green Dam Youth Escort internet filters, Beijing cybercafes did not have this or other filtering software installed, tells internet expert Jeremy Goldkorn ZDnet Asia. Registration has been tightened, though.

Jeremy Goldkorn, founder and editor-in-chief of danwei.org, a site focused on media, advertising and urban life in China, said a recent check on some cybercafés in Beijing indicated the absence of the content filter.

“One of my colleagues visited several Internet cafes in Beijing over the past week and found that none of them had installed Green Dam or any other new censorship software on their computers,” Goldkorn told ZDNet Asia in an e-mail interview. “However, they are strictly enforcing registration [where] all users have to present and log in with their ID cards.”

He said Green Dam “was just one of many tools” the Chinese government can tap to control Web content. “Green Dam itself may disappear, but the government’s intention to continue controlling the Internet does not seem to be changing,” he noted.

Goldkorns own website Danwei.org is blocked inside China.
The article in ZDnet Asia also quotes Reuters, writing that at least one Beijing high school refused to install the officially compulsory software.

Jeremy Goldkorn is also a speakers at the China Speakers Bureau. When you need him at your conference, do get in touch.