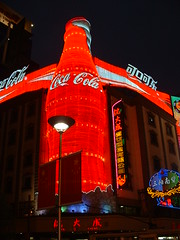 Corruption in China was long seen in the foreign business community as an unavoidable nuisance. But now the Chinese government has been coming after huge companies like Rio Tinto, Coca-Cola and McKinsey, avoiding corruption has become – even more than in the past – a must, to stay in business, writes Shaun Rein in Forbes.

When your company is charged with corruption in China, you have to worry about not only bad publicity but also running afoul of America’s Foreign Corruption Practices Act and a Chinese government that is increasingly clamping down on the corrupt activities of foreigners.

Buying guanxi has always been troublesome, as your new-found friends retire or move away. Now, increasingly, your guanxi ends up in jail and foreign executives might follow them if they are caught. Corruption has always had its downside, Rein says in Forbes:

Commercial corruption is a very serious problem. You end up working with the wrong partners and suppliers. If the corruption is extensive, your own team members are working more for themselves than for you. …

In the end, never give a bribe. You can make money in China without it. Even if you have to give up some opportunities, the risks aren’t worth it. The U.S. government will hold you accountable, and the Chinese government may nail you as it looks for more high-profile targets like Coke and McKinsey to show that it takes corruption seriously, and to set an example. You don’t want to

Commercial
Shaun Rein is a speaker at the China Speakers Bureau. When you need him at your conference, do get in touch.