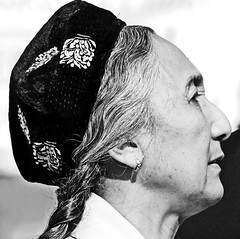 Chinese hackers attacked an Australian film site after a brawl emerged over the showing of a movie on Uigur celebrity Rebiya Kadeer and Western media – with few exceptions – were sure the Chinese government was behind this. Danwei’s Jeremy Goldkorn explains why genuine patriotic feelings in China are behind this. “We are all Melburians”, became a battle cry against the cyber attack.
In The Guardian Goldkorn explains what the hacker involved told him and what most Western media are missing:

The hacker who vandalised the Melbourne Film Festival website shows an attitude typical of China’s urban youth. I tracked him down (not hard – his net handle “laojun” is the same as the name he left on the hacked website) and asked him why he hacked the site and if the government has anything to do with it.

Laojun said that it’s “completely normal for a Chinese person to have a patriotic heart” and that the government had absolutely nothing to do with his actions: “On the contrary, I am worried the government will punish me for this.” He also noted that he has received many messages of support from fellow Chinese internet users who have added him to their instant messaging contact list or written supportive messages on various internet forums that have discussed the hack.

China’s internet users have been supporting the cyber attack, he explains.While many of them do not approve of China’s government trying to censor the internet, they find ways around the censorship and actually suspect the government might have good arguments. Jeremy Goldkorn:

You may disagree with Laojun’s views on Xinjiang or censorship. You may blame his thinking and the support of his fans on state propaganda or the educational system. But a large – I would daresay majority – of the population of China do not feel that they are Melbournian at all but red-blooded, patriotic Chinese people.

Jeremy Goldkorn is a speaker at the China Speakers Bureau. You want to discuss his
viewpoints at your meeting or conference? Call us.