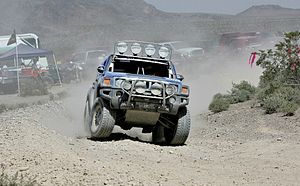 When a Chinese company who never build a car bought the Hummer from GM, one of the largest problems of the Detroit car giant, many predicted huge problems. But Shaun Rein tells Forbes he sees also some positive sides on the deal. The assumption is that the Hummer will be sold on the Chinese market.

The “Chinese are not as environmentally conscious as American consumers so Hummer does not face the same consumer backlash,” said Shaun Rein, head of China Market Research Group. Hummer sales started sliding in the U.S. several years ago on criticism of gas-guzzling engines. Meanwhile, pump prices are state-regulated in China and kept more stable, and average drives in China are not as long in the U.S., so gas costs may be lower, Rein added.

Limits on emissions are high on the political agenda, partly depending on where in China you are. SUV’s that are permitted in Shanghai, are not allowed in Beijing.

More comments by Shaun Rein on GM in Forbes here.

Commercial
Shaun Rein is a speaker at the China Speakers Bureau. When you need him at your conference or other meeting, do let us know.