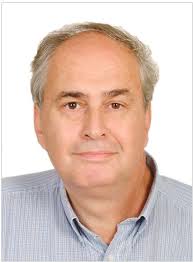 Jasper Becker is one of the leading voices on China’s development, setting his reputation as an author with a monumental work “Hungry Ghosts” on China’s secret famines that changed the world’s perception on China. He worked over twenty years as a foreign correspondent in China.

Jasper Becker is frequently interviewed on television and radio on matters relating to China, North Korea, Hong Kong, Tibet and Mongolia. He has appeared in several documentaries on Tiananmen for CBS’s Sixty Minutes and Canadian television. In the United States he has appeared on ABC’s Nightline discussing North Korea with Josh Gerstein (2002), Nightline with Ted Koppel (1998), Primetime Live with Diane Sawyer (1997) and on Worldnews Tonight with Peter Jennings. He has also frequently been interviewed on CNN programmes, news reports or documentaries by Associated Press Television, Voice of America, and Radio Free Asia. He is often quoted as an analyst in news stories by Reuters TV, BBC World TV’s Asia Programme, BBC World Service, occasionally by Sky News and ITN. In addition to taking part in documentaries on China, he has written and presented 30 radio programmes on China, the Soviet Union and Central Asia for the BBC. Other international broadcasters including Deutschewelle, Germany’s ARD, Radio France International, Australia’s ABC, South Korea’s KBS, Ireland’s RTE, Swedish Radio use his analysis.

Over the past few years he was the publisher of Asia Weekly.

His speaking topics include: